Between 1997 and 2009, the Toddycats organised a quarterly outreach programme called Pedal Ubin!.

We combined our favourite activities: cycling, nature, and public outreach, and set it on Pulau Ubin, the island time forgot. It was a great way to introduce to urban Singaporeans the pleasure of being outdoors, cycling in relative safety amidst the slow pace of the island, and learning about its history.

We retired the programme in 2009 and kept the website online as a resource page for visitors wanting to discover the island on their own.

When we were approached by the organisers of Ubin Day to be part of the celebration, it was very clear that we would bring back a one day edition of Pedal Ubin! A quick round up of the Jungle Fowls (what the Pedal Ubin guides were known as) saw Alvin, Kai Scene, Chee Kong, Marcus (Ng) and Kenneth respond to the call, in addition to new guides Yi Yong and Liana! We had enough guides for 50 sign ups!

Spaces were filled quickly and we looked forward to sharing with members of the public just how special Ubin is. 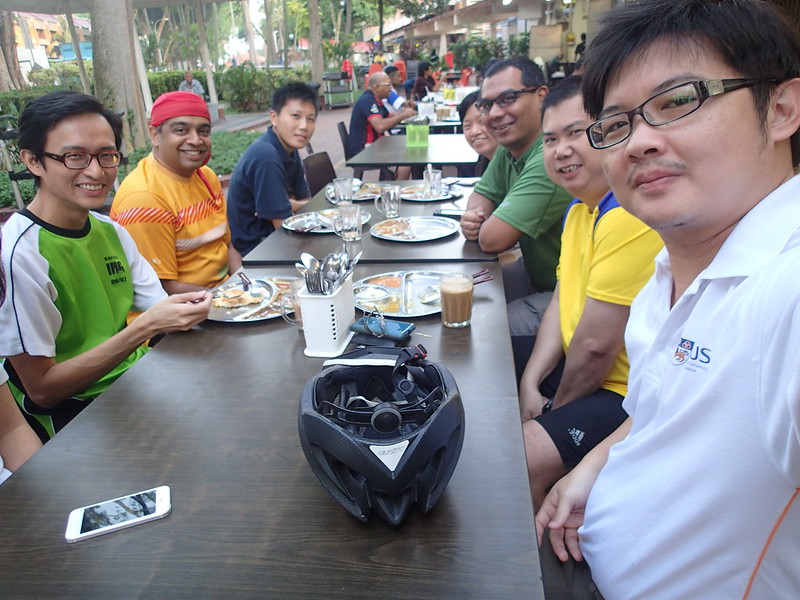 Breakfast at Guru’s, our usual meeting place before a day out on P. Ubin.

After some confusion and delay at the jetty due to the overwhelming number of visitors to the Island, we flagged off the first group, led by veteran guide Alvin and Yiyong, but not before a briefing on road safety, braking, and how to make the gears of the bicycle work for you, especially when climbing up slopes! 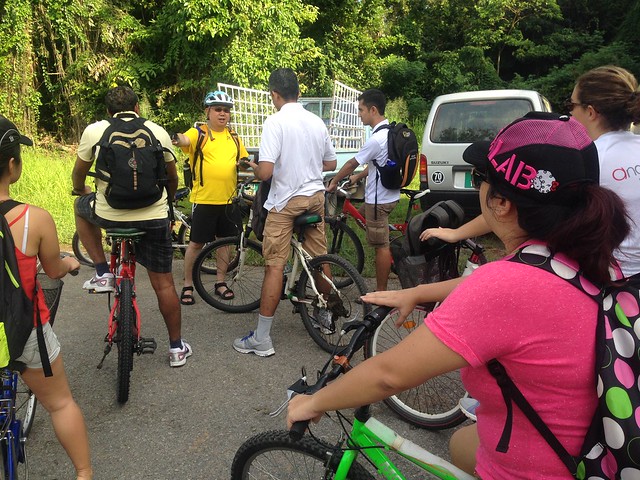 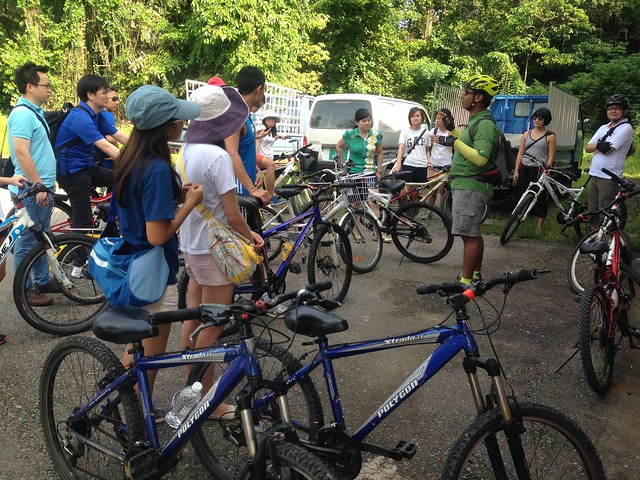 After an hour, the second group, led by Chee Kong, Kai Scene, Joelle, Liana, Marcus and Kenneth set off too! And yes, not before the obligatory briefing. 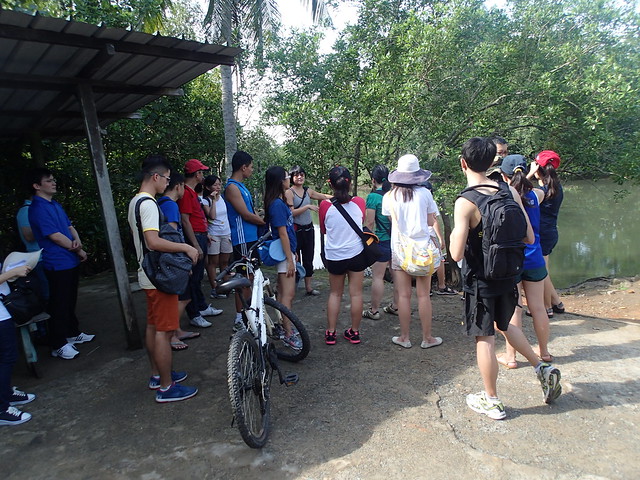 We took the Journey to the West for the day, and made Jelutong Bridge our first stop. Liana took the lead in explaining to our  participants what mangroves are and the kinds of flora and fauna that can be found in this habitat. 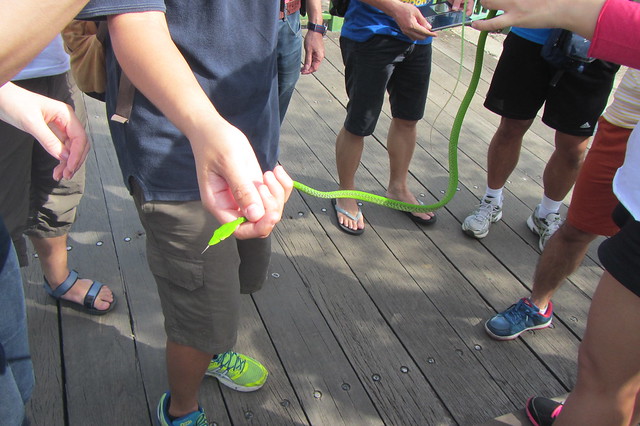 Our first snake encounter happened here too, when Marcus found an oriental tree snake. Chee Kong, being the experienced snake handler in the team took the opportunity to explain more about snakes in Singapore (please do not handle snakes in the wild if you are not properly trained! If you encounter one, do leave it alone and call the ACRES wildlife rescue helpline at 9783 7782) 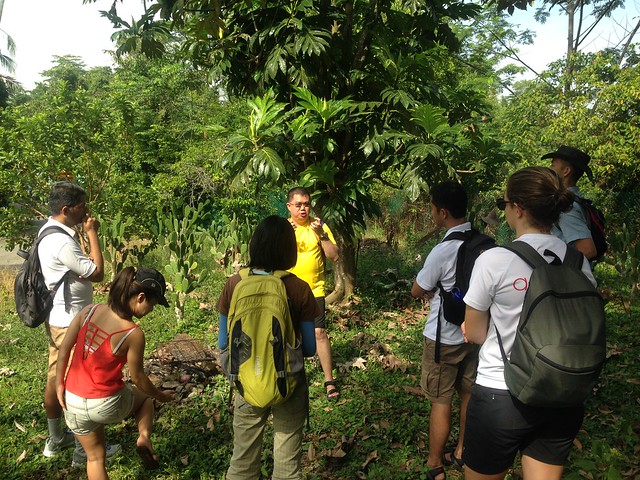 Alvin at the garden opposite the ‘Why you so like dat‘ drinks stall, regaling participants with stories of the breadfruit tree and its connection with the mutiny on the Bounty 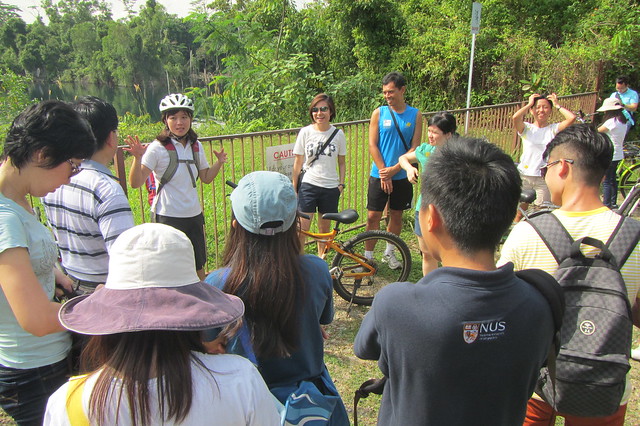 Joelle at Ubin Quarry, possibly talking about the hemiparasite, the mistletoe, and its strategy for seed dispersal. 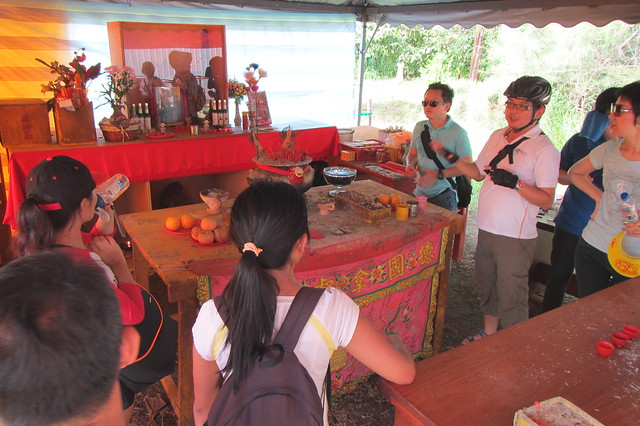 One of the highlights in our rides to the west of the island is the German girl shrine. While the original building is gone and it looks like a new one is being constructed, the shrine sits under a temporary shelter adjacent to the site. Here, Marcus gave a comprehensive history of the german girl and how she came to be deified by the local villagers. It was translated into mandarin by Kai Scene a second time round! 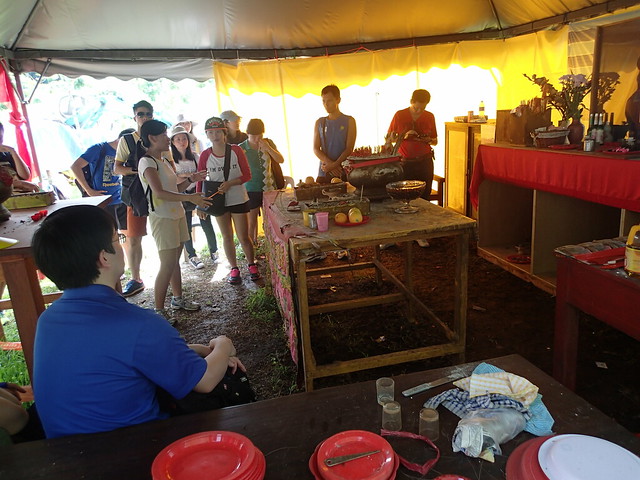 We also made a short stop at Ketam Beach, a short walk away from the german girl shrine where we spoke about the problem of marine trash, fish farming and food security in Singapore. 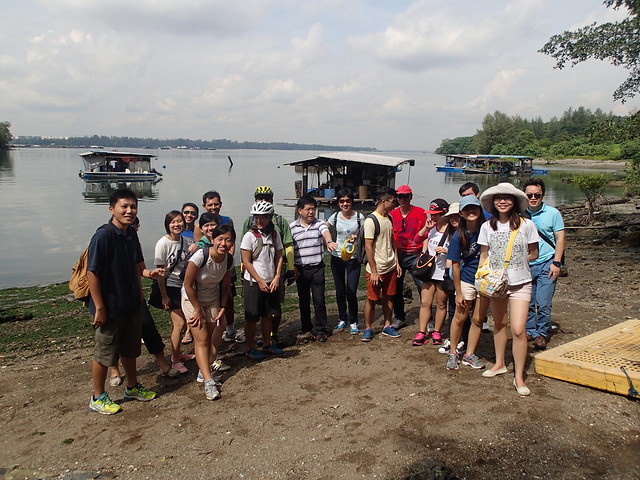 Chee Kong found a partial horseshoe crab carapace and we also spotted a single carpet anemone amongst the rubble. It was a good way to introduce to our participants some of the marine life that can be found in the waters off Ubin. 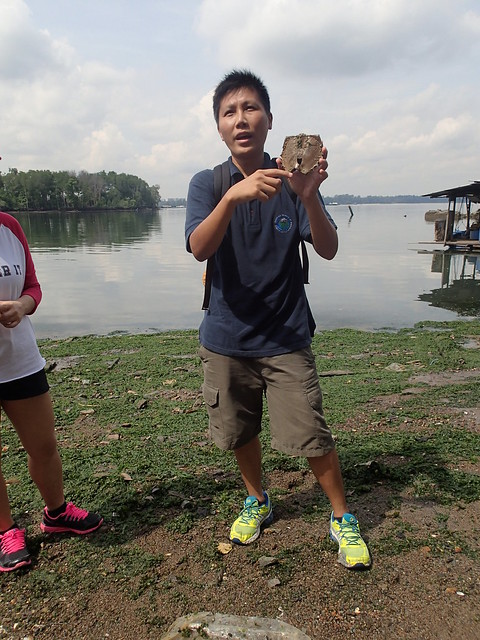 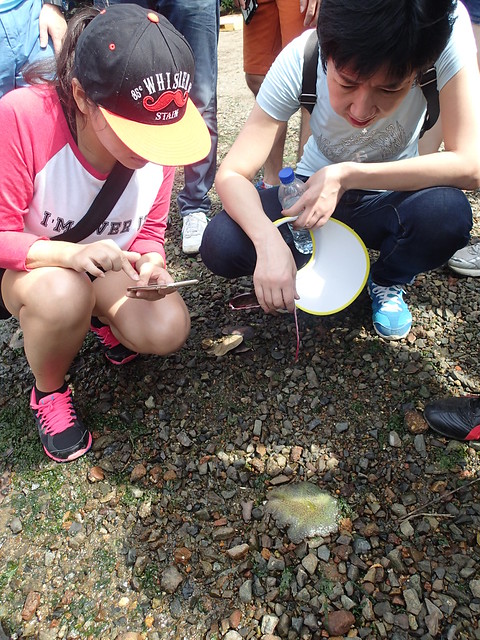 Three hours later, we returned from the west and deposited our participants at the basketball court where a whole plethora of Ubin Day activities were in full swing.

It was a great reunion for us Jungle Fowls and we had a good time reconnecting with Ubin and showing our participants what a gem of an island Ubin is.  We thank the organisers, NParks and Ria of WildSingapore for the opportunity to contribute something to Ubin Day and look forward to future Ubin events! More pictures can be viewed on our flickr album. 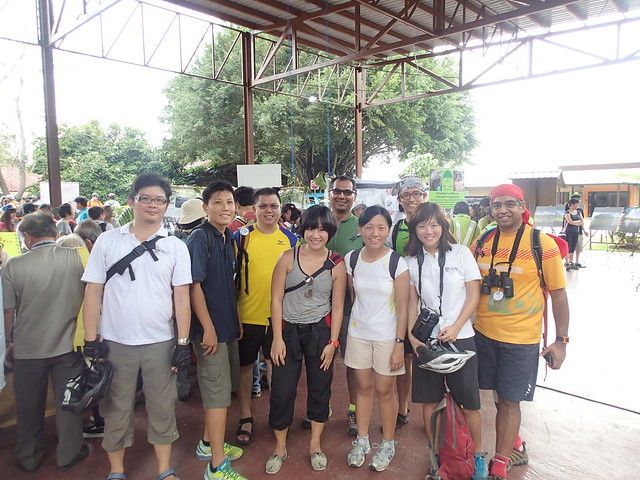 Group photo with Siva (above) and the Guest of Honour for Ubin Day, Minister of State Desmond Lee. 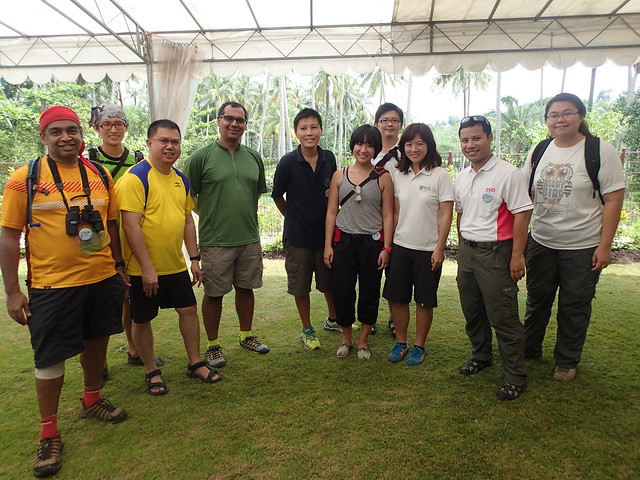